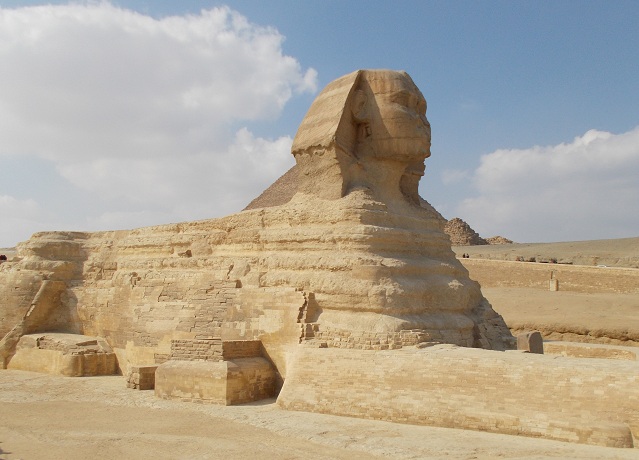 Have you ever pondered on the mysterious structures and statues of Ancient Egypt and South America? Most of the people that have read something on these topics have the impression that the historians have it all sorted out. We take for granted their explanations and are led to believe that our predecessors were far less intelligent and their technology was inferior compared to ours. Well, the devil is in the details. What they have concealed from us is that these structures possess qualities, that should not be there according to the mainstream view such as: precision, perfect orientation to the cardinal directions, tool marks, etc.

One strategy to protect the dominating view among the scientists and the layman is to completely ignore some of the sites that cannot be explained away. Just think about the last time you heard about Nan Madol, Malta’s Cart Ruts or the Baalbek stone? Unless you are enthusiastic enough to dig the net or have bumped into some obscure youtube videos, you can be completely oblivious to these monuments. Let’s take for example the Baalbek block, which is officially among the largest stone blocks ever cut by human (after the Chinese Yangshan Quarry). Even if we set aside for the time being the actual period when it was created, there are certain embarrassing questions that will pop into your head. First of all, how did the ancient craftsmen moved around these huge megaliths? For what purpose? Simply saying religious motifs is behind all this, is not plausible, at all.

Its all about precision

What is the most common explanation that is applied to any unearthed artifact or spectacular structure that emerges from the sands? Well, the ancients used it for religious purposes. The historians promoting this universal cover-up are relying on people’s tendency to cling to authority. Let’s examine closely some of the lesser known temples in Egypt – the Sarapeum. It is a home of 25 granite boxes weighing 70 tons, which according to the official story were designed to be sarcophagi for the Apis Bulls. One is completely astonished to observe that their surface is so finely polished that looks almost mirror-like. The main challenge comes from their 90 degrees angles, when examined with measuring tools. Why would the creators of this magnificent monument need that precision? Not to mention another challenge – the issue with moving inside all the giant blocks when the tunnels are narrow and problematic for the workforce.

In the following posts we will go into details about places scattered all over the world that up to this day cause many people to scratch their head.

Sarapeum – the sacred bulls that may overthrow the paradigm

The True Age of the Sphinx