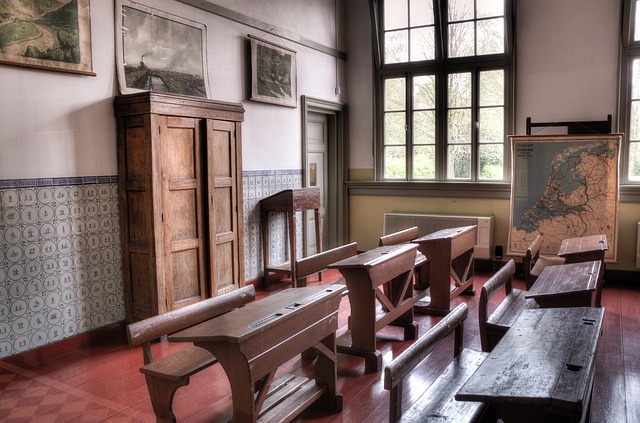 Imagine the model student sitting in the dimmed, noisy classroom. He or she will engage only when asked, memorizing countless facts and repeating all the ideas that are considered by our society valuable and beyond question. Perhaps a prosperous career in management or science is awaiting them in the future once they obtain their diploma. On the surface level we may be confident that there is nothing to be worried about. One may raise the objection that modern education actually suppresses creativity and contributes to the ongoing standardization and uniformity of opinions and thoughts.

The most erroneous assumption is to the effect that the aim of public education is to fill the young of the species with knowledge and awaken their intelligence, and so make them fit to discharge the duties of citizenship in an enlightened and independent manner. Nothing could be further from the truth. The aim of public education is not to spread enlightenment at all; it is simply to reduce as many individuals as possible to the same safe level, to breed and train a standardized citizenry, to put down dissent and originality.

Lets turn our attention to history. The tyrannical regimes of the past seized all means in order to spread their propaganda, they protected the ideological indoctrination, even via the educational system. Can we be safe and sound to say that now the situation is totally opposite? What if some of the facts and their interpretations, we are fed, while sitting at the school bench, are distorted? Lets be precise and look at some examples. The evolution issue and the origin of life problem look solid when you take a look at the textbooks. No place for doubt, even when you come across (most often by chance) the fact that the Heckels embryo was a known forgery for quite some time. Certain political claims (climate change) are present everywhere and look suspiciously like the communist manifests, although in a more subtle way. We should not turn our blind eye on the many embarrassing historical facts that are brushed out from the official narrative.

Worldview, obedience to authority, cog in the machine.

When taking a closer look at the industrial revolution one has to ponder on the purpose and potential dangers of the free public education. Will the powers that be need a bright citizen with a well-formed opinion on variety of issues and critical thinking or they would rather educate the masses just so that they get a job? In other words, one can speculate that inexorable byproduct of public education as an institution is individual deprived of free will who is obedient and clings to authority.

All the ideas above are coherent with what Neil Postman says about this controversial topic. He sees the modern values of school as new “gods” that replaced the metaphysical figures of the past. His analysis shows that the previous roles of this institution was to give moral, to provide a sense of community and personal identity. Fast forward a few centuries and we end up with the new narrative – Economic values and technology as if they are enough to fulfill the human striving and yearning. Jacques Ellul, on the other hand, warns us about the sophisticated propaganda that utilizes the education, especially in a democratic society. He claims that although the layman considers himself / herself immune to influence the reality is far from perfect. In fact the more educated you are, the more susceptible to propaganda you would inevitably become. The reason is that the intellectual level of the modern man requires simple words and discards complex matter or ambiguity.

The slippery slope of modern science